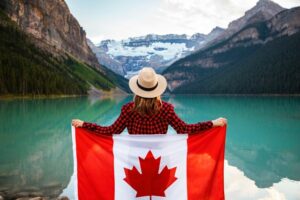 All applications are processed through the Express Entry immigration selection system for immigration to Canada. Lives can be immeasurably improved through the immigration system. They can also be ruined. Remember: The outcome of your case can turn on the smallest detail. Let our dedicated team get behind you and ensure you get things right the first time.

Candidates eligible under the Federal Skilled Worker Class must first make an expression of interest in immigrating to Canada by creating an online Express Entry profile.

This system which was introduced in 2015, has gone through an overhaul in 2018, and includes three groups of immigration programs, namely:

The profiles of candidates in the pool are ranked against each other, under a Comprehensive Ranking System.  The highest ranked candidates will be considered for an invitation to apply for permanent residence. Candidates under Canada Express Entry 2019, receiving an invitation to apply, must quickly submit a full application, within a delay of 60-days.  The government aims to process cases in only 6-months.

Most immigrants to Canada will come through the Canada Express Entry Immigration 2018 system, last year.

How can you increase your chances of success?

HSM Group, with over 33 years ‘experience in immigration matters can help increase your chances of success to Canada.

Through our Immigration Lawyers and Immigration Consultants, we offer each of our clients’ individualized recruitment services as well as immigration legal advice.

Six things to help you:

Our team strongly believes his clients and their families have the best chances to succeed in their immigration projects under the new Express Entry immigration system to Canada.

You can maximize your chances for Express Entry Program improving your English language proficiencies, apply for LMIA Owner Operator and doing your foreign credentials assessment to Canadian standards.

Provincial Nominee Program (PNP) is a process through which most territories and provinces in Canada nominates its immigrants. Each of the territories and provinces (Except Quebec) has its own standard and streams for the PNP. Their immigration programs target certain groups such as students, business people, skilled workers or semi-skilled workers.

The Provincial Nominee Program (PNP) is a Canadian immigration scheme that is based on contracts between most provinces and the federal government of Canada. Each of the territories and provinces (Except Quebec) has its own standard and streams for the PNP taking care of their immigration matters. Consequently, most Canadian provinces and territories have signed agreements with the federal government in order to attract immigrants to their own provinces. In general, the province attracts, finds, and nominates immigrants. Then they refer approved candidates to federal immigration authorities in order to issue permanent resident visas.

Every year, many graduates, students, business people, skilled workers or semi-skilled workers. and entrepreneurs come to call Canada home when a province nominates them because of the skills they can bring to this country.

PNP mostly looks for skilled workers from all different backgrounds that have experience as well as education at a college or university. The Provincial Nominee Program also targets investors, entrepreneurs and self-employed persons, who can bring fresh eyes and new innovations to Canada. This helps create a more powerful and strong economy, benefiting other Canadians. Many provinces also run programs that help families reunite in their provinces.

If a person wants to apply for Immigration to Canada, he/she can do it through PNP program, which is the fastest possible way to get nominated.

To get nominated under this PNP program, first of all, you need to determine what your eligibility is. Each of the provinces or territories has different eligibility requirements and notification guidelines, which can be changed without any further notice. After determining which province you’re eligible for, you have to apply for PNP. You must follow these procedures:

We are the expert on the evaluation of eligibility, means we can provide you 100% successful solution based on your necessities of immigration or job search. All you have to do is to submit us your resume and we will take care of the rest.

At HSM we could help you to know more about PNP and check your eligibility, please contact us if you have any question.

If you wish to visit or move to Canada or if you have encountered any issues with the immigration authorities, you may fill out our free assessment form or book a consultation session to assess your potential opportunities or offer you immigration, visa, or citizenship advice.